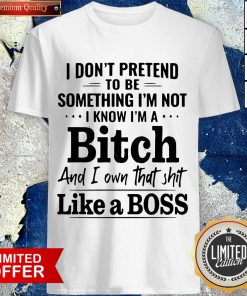 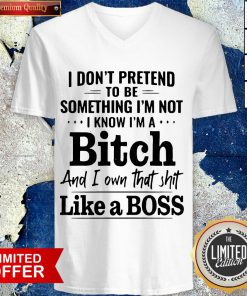 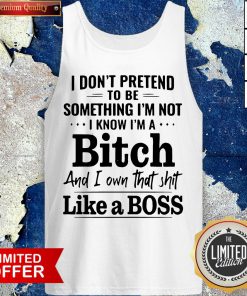 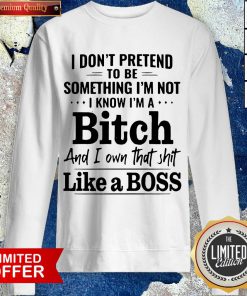 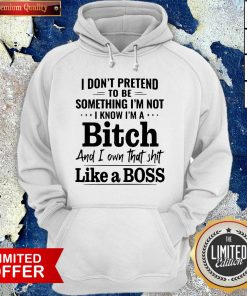 So true. The new leftist nonsense is that I Don’t Pretend To Be Something I’M Not I Know I’M A Bitch And I Own That Shit Like A Boss Shirt these coordinated riots are “Trump’s Riots”. Let’s see Antifa and BLM take to the streets, in Democrat-controlled cities commit crimes including arson, looting, killings, and assault on police. Then they label it Trump Riots in Trump’s America. It would be brilliant BUT most people realize what is happening. Left-wing political violence. They are not going to win. It is partisanship for the media. Most people are not able to critically think through the problems and this is where these people believe in everything they see. Trump is blaming the riots on Biden constantly now too tho.

I Don’t Pretend To Be Something I’M Not I Know I’M A Bitch And I Own That Shit Like A Boss Shirt, Tank Top, V-neck, Sweatshirt, And Hoodie

That’s both of their strategies. Find the worst I Don’T Pretend To Be Something I’M Not I Know I’M A Bitch And I Own That Shit Like A Boss Shirt shit going on and say this is the other’s America. As long as you make people see looting as “leftist looting”, the equation adds up. Obviously it’s also easier for Biden to get away with it because Trump is actually the president lol. To be fair though it makes more sense for Trump to blame Biden because none of them came forward to speak out against the rioting/looting and Biden’s VP pick is encouraging it also. He is technically right in the context of this. Except the actual riots are being committed by Biden’s supporters, with the moral support of Biden’s campaign, with the legal and financial support of Kamala Harris, with the aim of causing Trump enough trouble so that he loses the election.